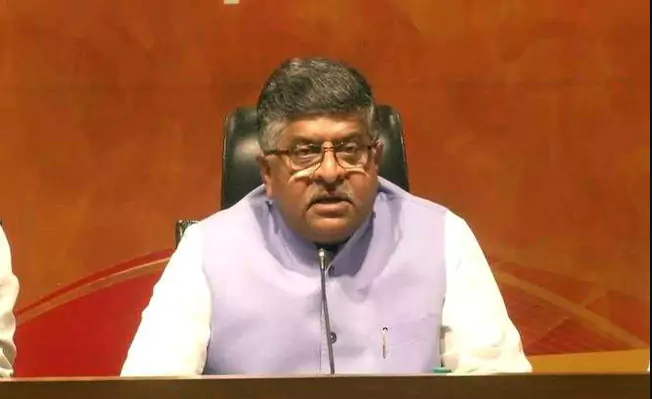 The government today ripped into the Congress over allegations that the surgical strikes by the army in September 2016 were being “shamelessly politicized” to win votes.

“To what extent will the Congress stoop for the sake of political partisanship? Does the Congress believe there was a surgical strike or not? Are they saying the video is fake? Do they think the surgical strike was right or not?” questioned Law Minister Ravi Shankar Prasad.

He said that the Congress party’s statements would “gladden the hearts of terrorists and their patrons across the border”.

As a video of the surgical strikes emerged yesterday, the Congress party accused the ruling BJP of trying to score political points using the footage of the army’s action against terror launch pads in Pakistan-Occupied Kashmir.

“They say the BJP is politicizing surgical strikes… Please tell me, which election is happening now, or in the near future? There are no elections at the moment,” Mr Prasad said.

“Prime Minister Modi’s government is exploiting the slogan of ‘Jai Jawan Jai Kisan’ and trying to win votes using Surgical Strikes. The nation wants to ask them, did Atal Bihari Vajpayee and Manmohan Singh boast of the success of army operations during their tenure, just like them?” Mr Surjewala said.

“The nation needs to be cautioned, whenever Modi Government starts failing, whenever Amit Shah’s BJP start losing, they misuse the valour of the Army for their political benefit,” the Congress leader alleged.

Another Congress leader, Digvijaya Singh, said surgical strikes were also conducted when the Congress was in power, but the party never took the credit for it.

King of Pakistan : Mr. Imran Khan What said about Kashmir in India

Posted on July 27, 2018July 27, 2018 Author Priyanka Bhandari
With results for 225 of the 272 seats in Pakistan's national assembly declared, cricketer-turned-politician ( King of Pakistan ) Imran Khan's party Tehreek-e-Insaf or PTI has emerged because of the single-largest...
World

Posted on August 2, 2018 Author Upasana Raghuwanshi
Golden Bridge in the Hand of God Designed to create visitors desire they are taking a stroll on a shimmering thread stretching across the hands of gods, the "Golden Bridge"...
World

Posted on March 10, 2022March 23, 2022 Author Neelam Bhatia
People overlook door stoppers until they realise how much damage the door swings causes to the wall behind them. You are reading this blog because you are aware of the...