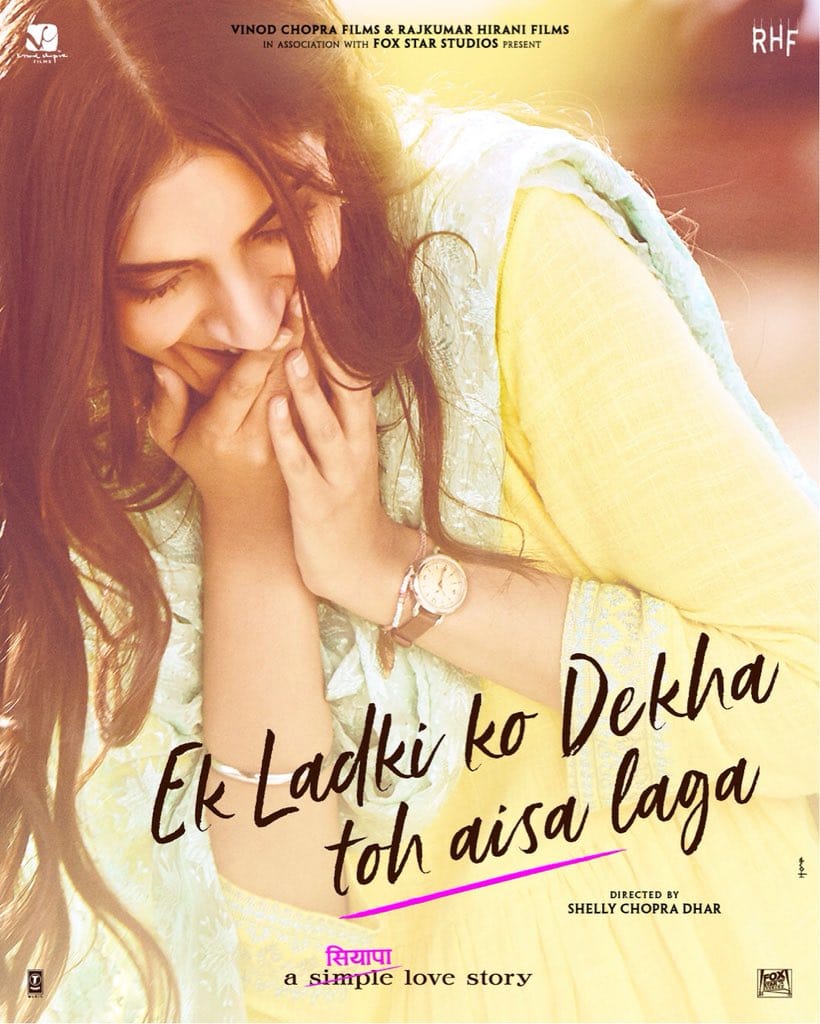 Ek Ladki Ko Dekha teaser combines the might of Anil Kapoor, Juhi Chawla, Rajkummar Rao and Sonam Kapoor. Do not expect a this story is simple love story.

Sonam Kapoor’s has been the best year. In February, she was seen in the Super Duper hit film, PADMAN, with Famous Bollywood Actor Akshay Kumar and Radhika Apte. In May, as we know that she got married to Anand Ahuja. She also stars in the much-anticipated film, Sanju, which releases tomorrow. And the teaser of Ek Ladki Ko Dekha Toh Aisa Laga will be out in an hour.

Ek Ladki Ko Dekha Teaser – syaapa love story is the second film, after Fanne Khan, which will see both Anil Kapoor and Rajkummar Rao in this movie. We will see Anil Kapoor first time with his daughter Sonam Kapoor on screen together.

This is directed by Shelly Chopra Dhar, the film is a story set in Punjab location. The teaser opens with a footage of Anil’s song from 1942 A Love Story, Ek Ladki Ko Dekha. We are then introduced to Sonam and her ‘true love’ which involves quite a lot of ‘Siyappa’ or trouble. We are shown happy wedding celebrations and the scene then becomes serious.

As we know that Sonam Kapoor, got married to Anand Ahuja in a private ceremony in May this year, has been riding high on the super hit of her latest flick, Veere Di Wedding. The film, that also starred the actress Kareena Kapoor, Swara Bhaskar and Shikha Talsania, made a good collection at the box office and also received mixed response from critics.

Posted on July 20, 2018July 20, 2018 Author Priyanka Bhandari
Janhvi Kapoor and Ishaan Khatter's Dhadak movie is out today in theaters. Many celebrities, including the family members of Janhvi and Ishaan's, watched the film before everybody else at one...
Entertainment

Posted on July 25, 2018 Author Mamta Rawat
Demi Lovato Hospitalized The 25-year-old singer-songwriter, who is recently present on the third leg of her Tell me you love me world tour, was reportedly taken to a los angeles hospital after being found unconscious at her home on Tuesday, according to NBC....