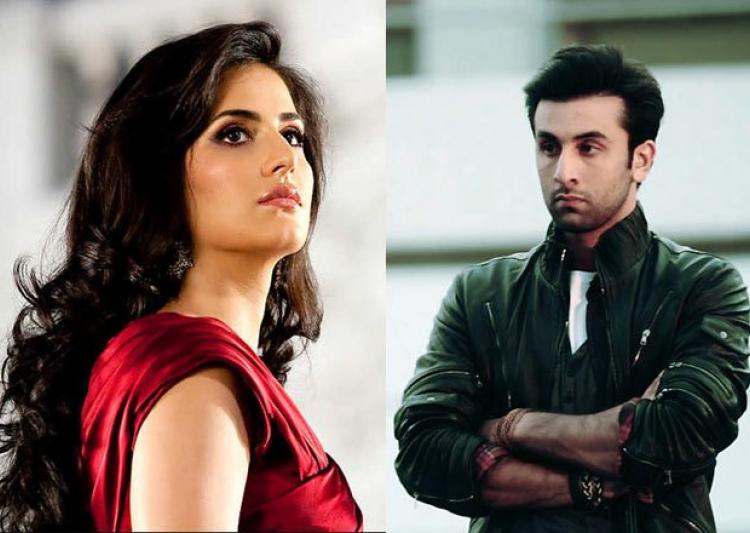 Ranbir Kapoor had problem when Katrina kaif name announed with his name!!!
Although today you might feel Ranbir Kapoor and Katrina Kaif are over their past but none can forget how serious they were at one point in time. Say for that matter, many were even expecting them to get married, until there came this day when they decided to call it quits and go separate ways. But anyway, all for the good we say! After all, everything happens for a reason and if Ranbir-Katrina were not destined to be together then so be it. They are doing pretty well in life even without each other. Ranbir in fact has already found love in Alia Bhatt; while Katrina is enjoying her singlehood with the best of friends in company! Maybe this is how it was always meant to be…maybe destiny has something else in store for both of them. However, little did we know that Ranbir also had a problem with Katrina’s accent…ALSO READ: Despite dating Ranbir Kapoor, look how Alia Bhatt is ensuring her friendship with Katrina Kaif doesn’t suffer!

A fanclub just shared a video of Ranbir and Katrina from their Facebook Live that they had done together during the Jagga Jasoos promotions a year back. Yes, by then they had broken up and that’s precisely why their love-hate relationship was very evident throughout this live; especially Katrina who seemed so irritated with Ranbir for pretending to be funny that the moment Ranbir made fun of her accent, she couldn’t hold herself back. Watch the video and you will know what we are trying to say.

Posted on July 25, 2018 Author Mamta Rawat
Demi Lovato Hospitalized The 25-year-old singer-songwriter, who is recently present on the third leg of her Tell me you love me world tour, was reportedly taken to a los angeles hospital after being found unconscious at her home on Tuesday, according to NBC....
Entertainment

What the film shows and what it Except from the actor’s life : Sanju vs Sanjay

Posted on July 3, 2018 Author Upasana Raghuwanshi
Sanju may be a revelation in some parts and a flashback to documented reality in others. We tend torewrite how the Ranbir Kapoor-starrer reflects Sanjay Dutt’s life. WHAT THE movie TELLS...
Entertainment