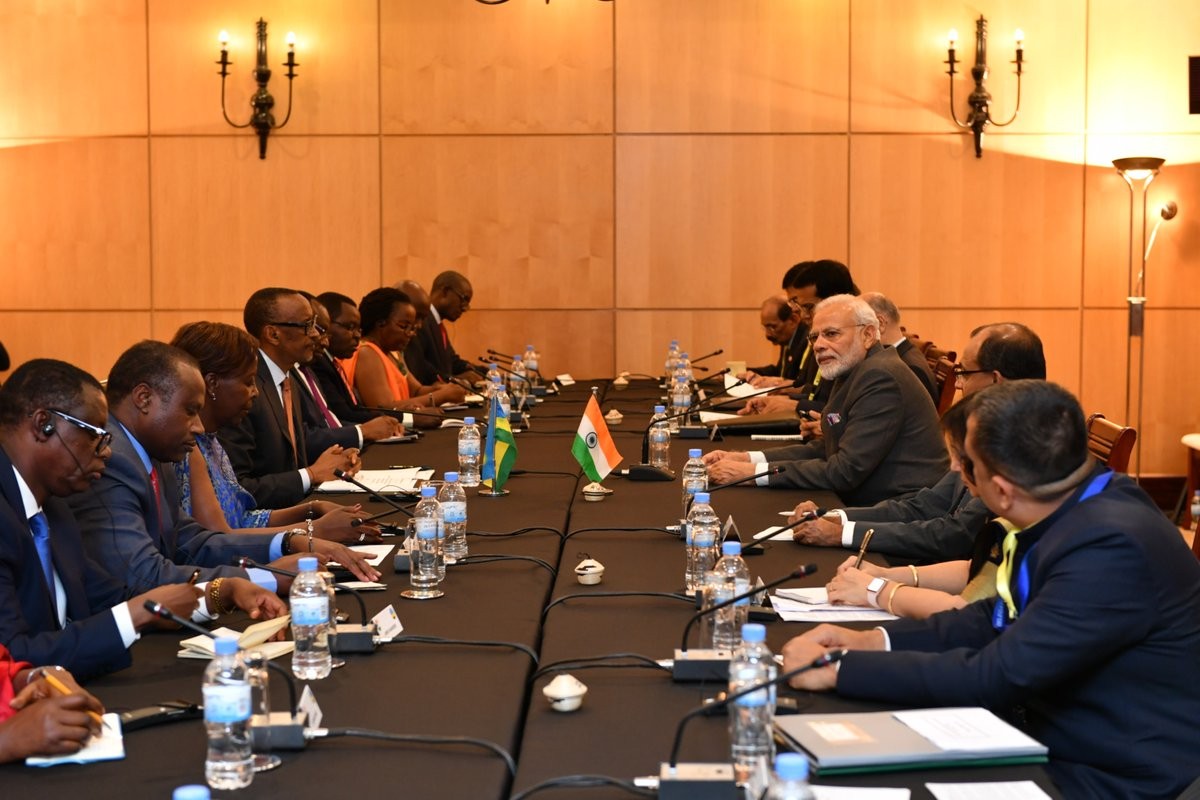 Besides the delegation level talks, Prime Minister Modi also will be addressing a community event later these days. he is on a three-nation tour to the African countries as well as Rwanda, Uganda and South Africa.

During his visit to Rwanda earlier within the day, India and Rwanda signed eight agreements in a trial to bolster bilateral cooperation between the 2 nations.

While addressing a meet at the Business Forum in Kigali, Prime Minister Modi said “We need to spice up economic ties between India and Rwanda. Our nations can do a lot along. There are many opportunities in rural development and tiny scale industries.”

“India is growing exponentially however our mantra is ‘Sabka saath sabka vikas’. We are going to grow however we will also help those grow, who are with us. we are going to walk along,” he added.

Thanking Rwanda for the warm reception, Prime Minister Modi declared that this meeting would help to strengthen economic and cultural relations between the 2 countries.

(This story has not been edited by Business standard workers and is auto-generated from a syndicated feed.)