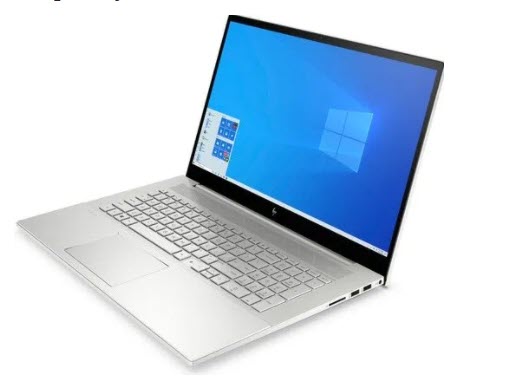 The laptop market is still one of the rising ones. And still, there is a tough competition between the traditional rivals. However this time HP has made a breakthrough in the laptop industry with its all-new stunning laptop. Which has been named the HP Envy. HP Envy has become one of the most bought laptops of the year. But what makes it disguised than other rivals. We are going to take a glance on its some of the unprecedented features and specifications below.

First thing first, the laptops are made quite stylish and slim for an enchanting look. And laptops with pretty high specifications are rarely made slim. However, this laptop comes with quite a slim body with a fully metal built. Though the metallic body increases its weight. But its style and color have made it the second most stunning laptop after Mac ones.

We all know that the laptops that come with high specifications are of a high price. Such laptops come from around $1500 to $2000. And HP has controlled the price of the laptop only to $1329. This is again a plus point of this laptop on its rival ones.

Processors and graphics cards are the fundamental parts of any desktop or laptop. And this decides the speed and efficiency of the laptop. The CPU attached with the HP envy is the Intel Core i7 9th Gen Hexa core processor. Which is undoubtedly awesome.

Moreover, the GPU in the HP Envy available is NVIDIA MX250(4GB). Which is one of the best graphics cards for Minecraft and Fortnite etc. However, this laptop can easily handle games like COD or CSGO too. So, in the case of CPU and GPU too, it is enough to stand alone.

As long as RAM and storage are concerned. The HP Envy comes along with 16GB of DDR4 RAM, which is I think enough for any sort of gaming. Moreover, the storage available is 256GB of SSD. Point to be noted. That here you get an SSD card instead of an HDD. Which adds another plus point to the laptop regarding its speed and efficiency.

Moreover, you also get some of the most advanced technologies with this laptop. The laptop has a detachable display, and it can be used as a tablet too. If you want. Moreover, anti eye strain technology also makes it quite sustainable for long time gaming.

Moreover, the laptop is packed with every single feature, that a gamer needs. Or graphics intensive works need.

So, These are some reasons that made the HP envy stand out. The combinations of features, specifications, quality, and price have made it the no 1 choice for laptop lovers.

Posted on February 26, 2022February 26, 2022 Author Kartik Rajput
There are certain advantages that South Korea VPS hosting has to offer over regular shared hosting and vice versa. But the biggest difference between the two lies in the hardware...
Business Computer

How to Host a Website on a Cheap Dedicated Server

Posted on May 2, 2022May 2, 2022 Author Arun Kumar
Building your own website can seem like an impossible task if you’re on a tight budget, but there are plenty of hosting packages available that won’t cost you an arm...
Computer

How to Strengthen the Security of Germany Dedicated Server?