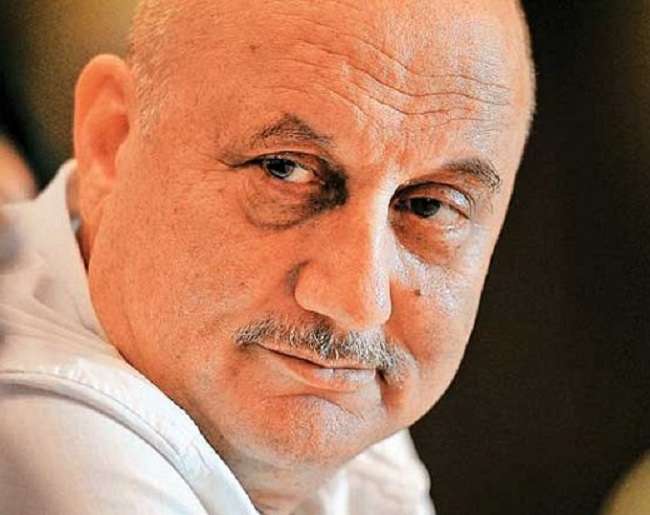 Actor Of Bollywood Anupam Kher has expressed in his intent and desire to shoot a movie on Central Industrial Security Force (CISF).The 63-year-old’s comments came while speaking at the golden jubiee celebrations of the armed police force in Mumbai.

“If there is a good story (about CISF), I’m willing to take it to directors and producers,” said Kher at the event.

He also declare that he is good for to impart free acting lessons to the officers whenever it suits them as his contribution to their services.

The event concluded with Kher singing the national anthem with the officers.While talking to the media following the the event, he said he had promptly agreed to attend this event when a senior CISF officer had visited him.

“I agreed to attend this event as I am proud when it comesto men in uniform,” he said.On the work front, Anupam Kher will be seen portraying the role of India’s former Prime Minister Manmohan Singh in the upcoming Bollywood film ‘The Accidental Prime Minister’

Posted on July 20, 2018July 20, 2018 Author Priyanka Bhandari
Janhvi Kapoor and Ishaan Khatter's Dhadak movie is out today in theaters. Many celebrities, including the family members of Janhvi and Ishaan's, watched the film before everybody else at one...
Entertainment

Posted on August 2, 2018August 2, 2018 Author Priyanka Singh Singh
Gold Movie Real Events That has Happened in 1948 London Now, you can watch "Gold" new movie trailer whereby you can see that Akshay Kumar is the Coach of Sport's...
Entertainment

Posted on July 27, 2018July 27, 2018 Author Shivani Bisht
Priyanka Chopra has decided to steer out of Salman Khan’s much-anticipated film Bharat. And if sources are to be believed, it's because she has won a much bigger project. However,...