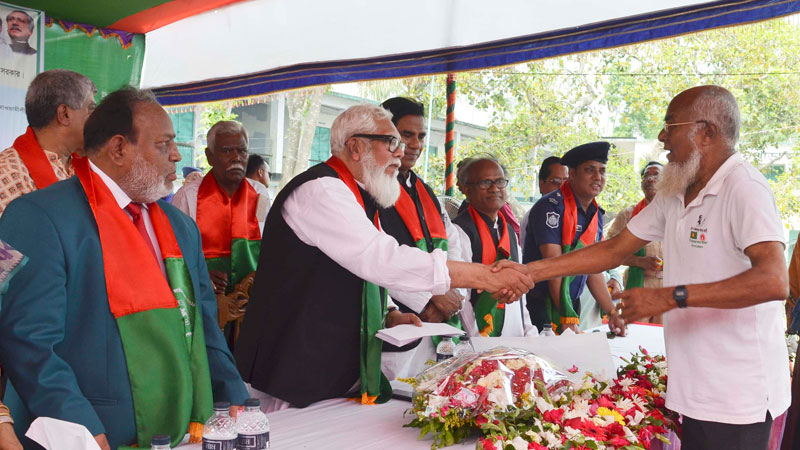 Salman F Rahman, the private sector industry and investment advisor to PM Sheikh Hasina, attended a program organized at the Joypara Government Pilot High School in Dohar upazila, Dhaka, on the occasion of Independence Day. Being the chief guest, Rahman spoke about the promises made by him to the people of Dohar and Upazila and further added that the ongoing efforts would soon transform the two upazilas.
“We are relentlessly trying to implement Bangabandhu’s dream to make Bangladesh ‘Sonar Bangla’ under the astute leadership of Sheikh Hasina. I hope we can achieve this,” said Salman F Rahman. In a recent update, more than 700 acres of land has been allocated in the two upazilas to set up Special Economic Zones, which was envisioned to catalyze the development of the region.

Eyeing the economic liberation of the people, the Special Economic zones will be instrumental in improving the regional land costs while simultaneously, generating employment opportunities, stated Salman F Rahman in the occasion. Along with this, a list of damaged upazila roads is currently being compiled in order to sanction the infrastructure development project in the upazilas.

Backing the concept of women empowerment, the advisor is driving attention towards the importance of girl child education. The changes start from the fundamental stages and better academic command in girls is going to lay the cornerstone for the increased involvement of women in various industries. And not just women, the entire student community is going to shape the future of Bangladesh and to steer that in the right direction, academics are paramount.
Iterating the support of the Prime Minister, Rahman added, “Prime Minister Sheikh Hasina has directed us to work for building the villages to town, which will be gradually implemented under her leadership.”

Considering that the pace of current developmental efforts continues under the same leadership, Rahman believes that Bangladesh could enter the list of developed countries by 2040.
The program at the school began with a salute to the advisor from a march past comprising of students from different schools. As Rahman remembered Bangabandhu Sheikh Mujibur Rahman, the Father of the Nation, along with the Liberation War martyrs, students presented various programs with the underlying theme of the freedom war.

Apart from being the elected member of the parliament, Salman F Rahman is a top businessman of the country. He is the co-founder and owner of country’s largest group of companies – Beximco Group.

Posted on April 27, 2019 Author Cathedral Vidya School Lonavala
Batch of 2019, has celebrated their Farewell parties and is celebrating their academic milestone with completing Grade 10 and the end of schooling years for many. In India, generally, post...
News