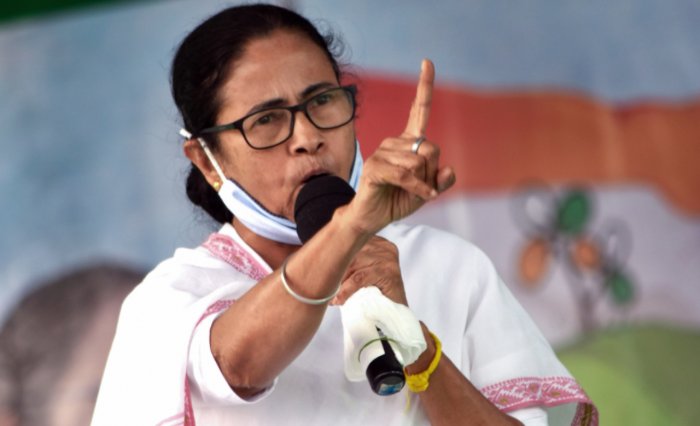 West Bengal Chief Minister Mamata Banerjee on Wednesday completed a promise which she made during the Assembly elections and launched the “Students Credit Card” scheme, in which an education loan up to ₹10 lakh will be issued for higher studies in India and abroad.

Mamata Banerjee said that “We had promised it before elections, and we fulfill our promises. It is a better scheme where loans up to ₹10 lakh can be distributed. The State government will be responsible. All course fees, coaching and hostel fee, expenses for books and laptops will be included in it”. The duration of repayment will be 15 years and persons up to 40 years can apply for the scheme.

“All government and private cooperatives will provide loans. The parents have not to worry about their children’s education. I expect this card will help many students.” She told that with this scheme other running schemes like Kanyashree, Shikhashree, mid-day meal, free uniforms, and books will also help the students. She said that the State government has distributed about one crore bicycles.

Before the State election, the State government had handed ₹10,000 to about eight lakh students to purchase mobile phones and tablets to study from digital classes. Another key poll promise which the Trinamool Congress government made in June was doubling the income under the “Krishak Bandhu” scheme which provides cash incentives to farmers and agricultural workers. This scheme was relaunched on June 16, 2021, increasing the cash quantity from ₹5,000 to ₹10,000 a year profit in near about 70 lakh farmers. All News

The Calcutta High Court on Wednesday paused the interview process of upper primary teachers, accepting that there was a lack of transparency in the interview list. Recently, the State government has announced the appointment of thousands of schoolteachers, but with the court’s, decision the recruitment process of near about 14,500 primary teachers has come to a halt.

A few aspirants had approached the High Court alleging irregularities in the recruitment process. They alighted that applicants who got the call for the interview had much lower marks and the aspirants with higher marks were left out. Reacting to the development, Chief Minister Mamata Banerjee stated that such petitions are hurting the interests of students.

“In this state whenever the process of teachers’ joining is started, people reach courts. This is a big problem for those students who are to get appointments. Didi said that she will not say anything on those matters who are relating to court but will suggest that please keep in mind the future of the students.

Posted on August 8, 2018August 8, 2018 Author Satya Srivastava
Many people like to buy food and other eatery items in bulk at the good price and to store these products, need a pantry. In pantry, you can easily store...
News

InspireOne Announces Appointment Of Sumit Sahni As CEO And Partner