I started travelling on my own since a very early age. It was not a common thing for girls or boys to be travelling alone at the age of 15-16 back in those days. There were no cell phones you see, atleast we were not allowed to have them. I had no phone, no internet and most of the time, very little money- my parents’ scheme to make me come back home asap! 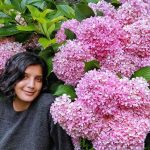 That never stopped me from running away to places far and near, Manali was a place I would love visiting, every now and then. There came a time that even my family got used to me being off on my travels and calling them only once a week to let them know where and how I was, mostly from a stranger’s cell. During my University days I was missing most of the week, running around in some mountain village near Manali.The Temperature of Manali drop very low at nights.

It was only when I finished my masters and stepped into the “real world” that I realised how difficult it was to make time to travel. After a three month travel break post University I joined work and for those few months, except for work trips and a family visit or two I couldn’t go anywhere and my stress levels were over the roof. Then again Manali came to my rescue. The altitude of Manali makes it a perfect getaway spot for the vacation. The weather in Manali always remains pleasant. 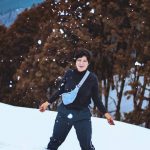 By some twist of fate I ended up coming to Kasol in Parvati Valley and ended up doing the Kheerganga trek in the mountains of Himachal Pradesh. I had saved some ten days for camping in the jungles, stayed put in one place working a million times harder than in the job!

I was able to make time to reach Manali from my trip at Parvati Valley and Kheerganga , infact I did not leave Himachal the entire summer! I knew everything could only be fixed by atleast a month long trip to Himachal place, I ran as fast as I could and found myself in the beautiful landscape of Manali and Rohtang Pass with two of my friends. The best time to visit Manali is during the months of May to July. Adi was on his bike trip across India, I joined him in Manali and we traveled from the Manali bus stand to the Rohtang Pass.

I cannot put in words how I felt about that trip, that one month that rescued my life. December had been really tough and I spent most of it hiding in my room inside a blanket. This one month on the road reminded me of my real self, the one who could not remain in one place, who loved sitting by the window of a bus, who lived for the next trip!

No matter how bad 2020 gets I will always remember that month of January, the four weeks that saved my life. Now I will tell you a few things about Manali if you are wondering what is the best time to visit Manali?

Best time to Visit Manali : The best time to visit manali lies between the months of June anf July,because before that the winter is still leaving it’s marks on the valley and it takes time for greenery to fully cover the mountains of Manali in Summers.

Winter in Manali : If you are after snow then Manali in Winters can be the answer to your cravings. Manali snowfall is sought after by the north indian tourists and a lot of people flock manali during this time. The months of December and January are the best times to visit Manali if you are after snow. 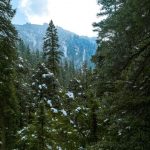 Three is a crowd! But not on a road trip. A group road trip is a fun way of visiting places with friends, colleagues, or just people you share similar interests in traveling. It can be successful and memorable or disastrous depending on the planning. You want to rent a car and hit the road […]

How Solo Traveling is Helpful To Know Yourself Deeply?

The perks of traveling with family are many but things get ugly pretty soon when everyone has to share the bathroom at the same time. This is why, so many people from around the world are leaving their nests to see the adventures of hills and oceans, deserts and roads, on their own. If you […]

Located in the foothills of the Himalayas along the convergence of Ganga and Chandrabhaga River, Rishikesh (also called as Hrishikesh) is known for its adventure activities, ancient temples, popular cafes and as the “Yoga Capital of the World”. With whitewater rafting industry growing and varied camping and cafe spots springing up, Rishikesh has grown immensely […]