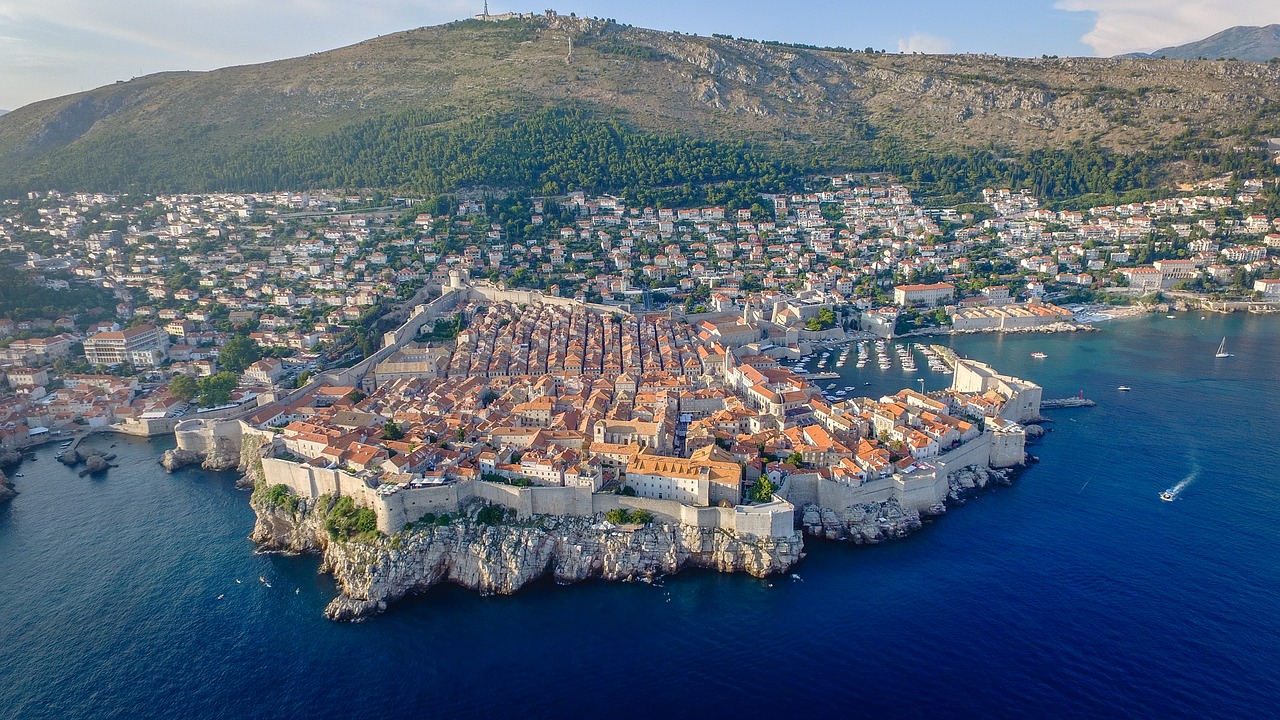 So what is the most beautiful city in Europe? Well, you’ll likely straight away think of Rome for its dash of riveting historical architecture or Santorini in Greece for an endless supply of picturesque islands. Alternatively, you may also be understandably inclined toward Italy’s timeless city of Florence or the laid back serene town of Salzburg in Austria. Now, think of what all those places have to offer and merge it all into one and you’ll have Croatia’s enchanting city of Dubrovnik. The city nicknamed the “Pearl of the Adriatic” is also perhaps worthy of the tag “Pearl of Europe” because of the following reasons:

1) Beautiful city walls
The city of Dubrovnik is encircled by a well-preserved wall that gives off the appearance of a medieval fortified kingdom which is why it’s even featured as the backdrop for King’s Landing in the blockbuster TV series Game of Thrones. The walls provide nice vantage points to take in the rustic cityscape alongside panoramic views of the turquoise waters neighboring the town. A tour of Dubrovnik wouldn’t be complete without a strut across the towering grey walls that impress from the get-go.

2) Lovely islands
It’s hard to top a sailing vacation in Dubrovnik which is just minutes away from a scintillating Adriatic archipelago encompassing the islands of Polače and Šipan among many others. Charming fishing villages and storybook seafronts characterize the chain of land masses nearby which are untouched by the advances of civilization ensuring idyllic settings of wavy trees, vivacious vegetation, and ashy white coastlines. The water in and around Dubrovnik is also a treasure in itself providing a rich marine life and excellent weather conditions for kayaking, sailing, and various water sports.

3) History galore
Dubrovnik is brimming with past century tales which is evident from the ancient cityscape and the many untouched monuments that have withstood the test of time. Rector’s Palace Museum, for instance, dates back to the 15th century while the monasteries of Franciscan and Dominican are a hundred years younger. A similar tale of preservation is on show throughout the land which is rife with many works and inventions influenced by the Gothic and Venetian themes of very long ago. Since attractions are numerous and far between, you’d be wise to opt for a taxi transfer Dubrovnik to help you easily get around the city without hassle.

4) Breathtaking outlook
For a city to be considered as the most beautiful then it has to be, well, very beautiful. And that Dubrovnik certainly is with its orange-hued masonry including cobbled streets, baroque homes and pebbled walkways serving up plenty of eye candy. An air of traditionalism lays siege to the city in its entirety ensuring little in the way of modern interference and much in the way of well-preserved structures and buildings. All the scintillating scenery is best viewed from atop ultramodern cable cars that offer unobstructed views of the entire city.

Dubrovnik is undoubtedly Croatia’s most beautiful city and it would be out of line to say that it is also among the elite beyond the country’s borders. It has all the right ingredients necessary for a city to claim the title of the continent’s most dazzling.

Water taxi Mumbai – The Latest info Straight from the operator

Posted on March 16, 2020March 16, 2020 Author Mark Luies
March 3, 2020 – There are numerous benefits that you should always be aware of when you choose the Willowbrook independent living community for your loved one or even for...
Tour and Travels

Posted on April 6, 2020April 6, 2020 Author Kuldeep Sharma
Located in the foothills of the Himalayas along the convergence of Ganga and Chandrabhaga River, Rishikesh (also called as Hrishikesh) is known for its adventure activities, ancient temples, popular cafes...