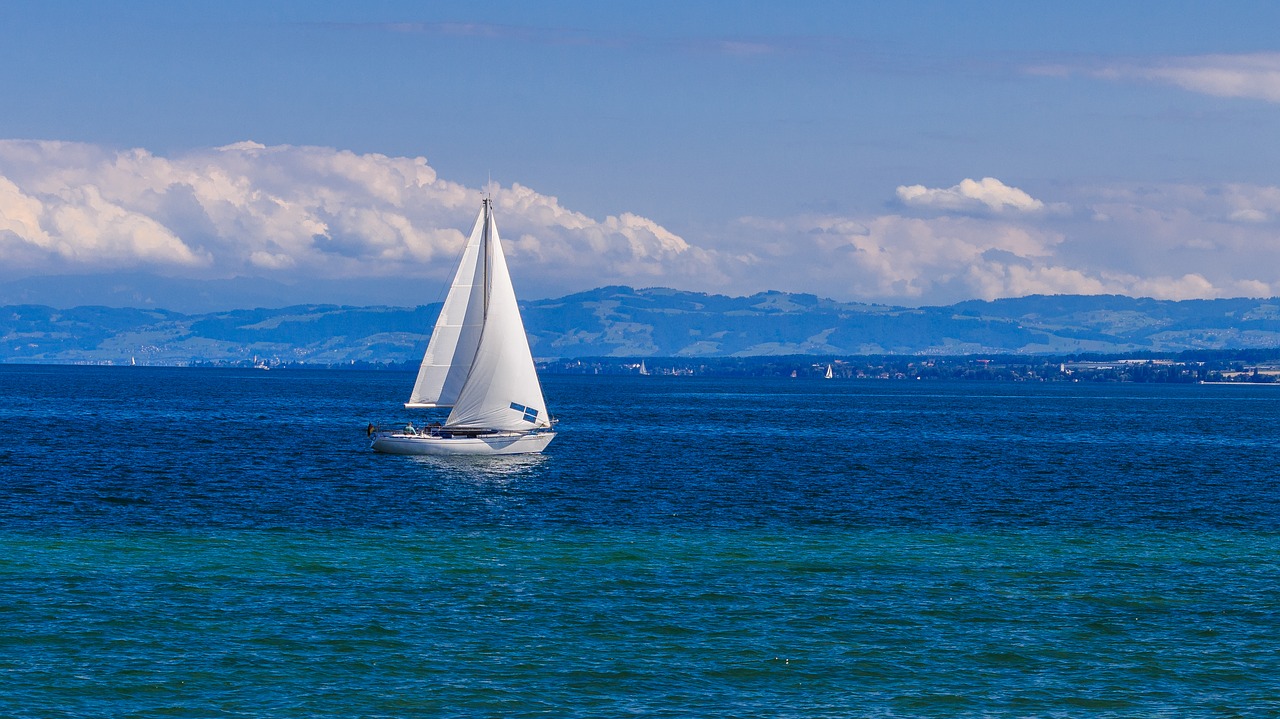 The sleepy Dalmatian nation of Croatia is known for many things across the tourism realm with one of its strongest appeals being the top-notch sailing it has to offer. Rivaling popular hotspots like Greece and Italy, Croatia’s Adriatic coastline easily and deservedly ranks among the very best sailing destinations that this planet has to offer. Here are a couple of reasons why that is so:

1) An abundance of islands
1200 islands to be exact is what you’ll find within endless backdrops of turquoise horizons all offering a synonymous picturesque setting of sun-smothered shores, numerous isolated bays, eccentric vegetation and plenty of underwater diversity. For a slice of untamed Balkan beauty, head over to the winsome archipelago that is the Pakleni chain while for quiet getaways rife with adventure, magical Brac and Mljet have your back.

2) Perfect sailing weather
Jostling with sails to counter unforgiving winds is something you’ll not need to worry about in the Adriatic where the weather conditions present optimum sailing conditions. The coastline averages an annual sunshine tally of 2600 hours resulting in a commendable 25 C mean during summer. In winter, the temperatures normally stay above subzero temperatures and even then relentless downpours and battering storms are practically unheard of.

3) World-renowned marinas
For a country blessed with natural aesthetics, Croatia also excels in the modernity aspect availing a nautical prowess responsible for two-fifths of the planet’s fleet charter. State-of-the-art and well maintained, these marinas have collected a number of prestigious accolades over the years substantiating just why they are considered among the world’s best. That aside, the convenient location of marinas in between sailing hotspots also furthers their popularity.

4) An endless serving of fun-packed parties and festivities
The country bursts into life during summer with every morning light bringing with it a new day to party just as hard as the previous one. High-octane clubs are lurking at every corner as are traditional celebrations which highlight the nation’s rich and enthralling culture. If a night out at sea enjoying the pleasures of great music atop opulent vessels is your kind of party then you’re sure to love during sail week Croatia. This 7-day escapade brings together the young and old- as well as an assortment of lovely boats- who turn their groove on as they island hop wherever the next pleasure lies.

5) Pocket-friendless and affordability
You don’t need to burn a hole in your wallet to experience first-rate sailing in Croatia as accommodation, food expenses and the general cost of living is quite budget-friendly. The same cannot be said of Italy, Greece and other popular joints. What also cannot be said about these other places but can be said about Croatia is that you won’t have to worry about pickpockets or vandalism when you go out exploring thanks to an almost non-existent crime rate.

Still not convinced Croatia is the ultimate sailing adventure? Then the UNESCO World Heritage sites of Stari Grad and Diocletian’s Palace and unforgettable cuisine comprised of world-class wine and seafood is sure to win you over. As will the charming and very welcoming locals who are well-versed with the English dialect.

Posted on August 5, 2021August 5, 2021 Author Alaia Max
Before closing a contract with a transport company, be careful not to have headaches in the future. Check out our tips to choose the best option. Making a change is...
Tour and Travels

Posted on October 30, 2018 Author Hannah Lapine
Dubrovnik is one of the best tourist destinations in the Mediterranean region. In the 15th century, it became famous for skilled diplomacy and wealth. Towards the end of the 16th...
Tour and Travels

Posted on April 26, 2021April 26, 2021 Author SURYA THAKUR
Spiti valley motorcycle tours are among the best and most fantastic thing one can do in his or her lifetime. Rugged terrains, dry landscape, and the cold desert is something...