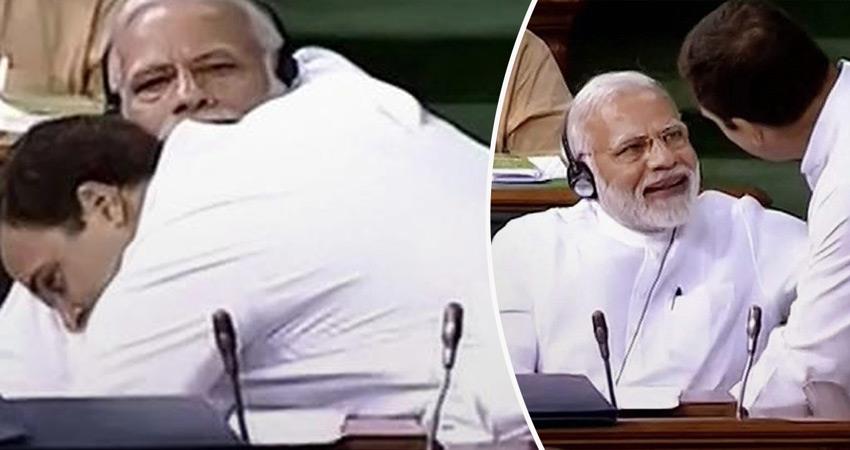 New Delhi: During the discussion of the non-confidence motion in the Lok Sabha today, Rahul Gandhi embraced Prime Minister Narendra Modi after his speech and embraced him. Now Rahul’s move is being discussed all the way. In such a way, how could the world of Bollywood survive after joining this discussion? There have also been reactions from many people to Bollywood.

Bollywood actor Rajkumar Rao, who won the heart of everyone from his acting in ‘Newton’, tweeted on the incident, “Today is official ‘Hog Day’.”

Film director Anohe Singha also responded to Rahul Gandhi’s embracing incident. He responded to a journalist and said that this is the most prevalent emotions of today’s politics. These should all be aloof. Not only this, the experience has also been seen by the poet and politician Kumar Vishwas responding to the tweet on his forthcoming film ‘Mulk’.

Actor Ranvir Shorey also responded via Twitter on this incident. He asked tweeting Rahul Gandhi’s huge video and captions on it.

Shruti Seth, who has anchored in TV actress and many reality shows, also responded on this. He wrote, “I’m sending all the hugs.”

Ayodhya Ram Mandir donation Near About 12.70 crore families of the nation have supported financially to build the grand Ram temple in Ayodhya. The Rashtriya Swayamsevak Sangh (RSS) thinks that every single family or person who contributes even a single rupee for the construction of the Ram temple is inspired by the ideology of Hindutva […]

Top Secrets of Choosing the Best Laptop Bags for Women

Posted on July 20, 2021July 20, 2021 Author Rajveer Bansal Comments Off on Top Secrets of Choosing the Best Laptop Bags for Women

What to do if Macbook Get Damaged by Water?