2020 is ending and many platforms are beginning to announce their premiere schedule for the next year. Now it is the turn of Amazon Prime Video. If we add some new releases to its existing catalog, the online video-on-demand platform has a varied and very interesting anime grid, making it a very good place to watch your favorite series. 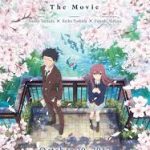 The story revolves around Shôko Nishimiya, an elementary school student who is deaf and when she changes schools she begins to feel the bullying of her new classmates. Years later, Ishida seeks redemption for his wrongdoing. You can also watch it on kissanime , Crunchyroll for free, and On Netflix with a little subscription fee.

Altair: A Record of Battles 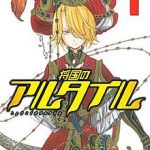 Mahmut a young member of the Türkiye Stratocracy Council, who holds the political and military title of “Pasha”. The threat of war from the Balt-Rhein Empire divides the members of the Council. 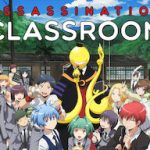 A creature has destroyed 70% of the Moon, leaving it in a perpetual waxing phase, in addition, this being announced to humans that, in a year, the Earth will suffer the same fate unless the students of class 3-E from Kunugigaoka High School, where he gives lessons on murder, get him killed, a feat that would also have a reward from the Japanese government of ten billion yen. 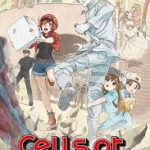 Humans have approximately 37 trillion cells in our body according to the most recent theories. In the world known as the human body, today too, these cells continue to work tirelessly. The red cells carry oxygen, the white cells fight against the bacteria… each one lives their own drama about which we don’t know much. 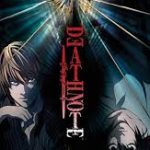 Death Note tells the story of a young man named Yagami Light. One boring day in class, he sees a black notebook fall in his schoolyard, titled Death Note. According to the instructions written in the same notebook, the person whose name is written in a said notebook will die. 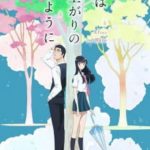 Akira Tachibana is a 17-year-old teenager with a great talent for athletics, who has her career frustrated when she seriously injures an Achilles heel. He starts working in a restaurant, run by Masami Kondo, a 45-year-old man. Kondo’s humility, sympathy, and tenderness captivate Akira, making her fall madly in love with him, regardless of the age difference. 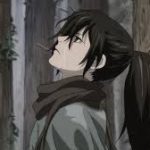 A samurai chief exchanges the organs of his newborn son with forty-eight demons in exchange for triumph in battle. Even so, the boy survives thanks to a shaman, who exchanges them for rudimentary but lethal prostheses. The young man will have to chase down the demons to recover his lost limbs before facing his father. On his way, he will meet an orphan who calls himself “the best thief in all Japan” and who will accompany him on his adventure. 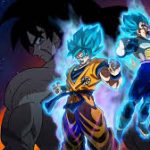 The Earth enjoys the celebration of the Tournament of Power in peace. However, Goku is aware that there are enemies yet to be discovered in the Universe, so he continues to train tirelessly to reach levels of power never before known in a super warrior.

Confirming his worst fears, one day a super Saiyan appears who goes by the name of “Broly”, a powerful warrior who should have been eliminated along with the planet Vegeta when it was destroyed a few decades ago. How could a warrior of such power survive?

The situation continues to get worse when Frieza himself returns from Hell to be involved in a terrible mix that will lead the heroes to fight to save planet Earth once more. 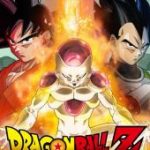 After Beerus, the God of Destruction, decided not to destroy Earth, a great time of peace ensues. Until Sorbet and Tagoma, former elite members of Freeza’s army, arrive on Earth with the goal of reviving their leader through the Dragon Balls. His wish is granted and now Freeza plans his revenge against the Saiyans. The story makes a great wave of men under the command of Freeza accompany him.

Are you still looking for a fun romance movie for the next all night party? It’s always a good idea to all the boys I used to love Or just want to watch some super sweet videos with your partner? Netflix has many romance movies for any occasion. Some of the films on this list […]

The importance of history movie

Nothing can bring history to life like the big screen. Even if they’re not 100% historically accurate, many history movies can help us look further into the topic and the true story surrounding it. History movies have introduced me to so many interesting people and events throughout history. It sticks better. Visual learners make up […]

The 3 Best Adventure Movies on Dogesflix

We picked out the best adventure movie of 2022 on Dogesflix, and let’s face it, we all find ourselves stuck to the couch way too much these days.  We hope these outdoor films and documentaries, from life-affirming epics to documentaries documenting human endurance, will inspire you to come out of hibernation.  As of this writing […]