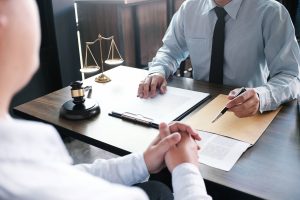 If we were to make a list like those made by the CIS about the problems that most concern Spanish men and women in this month of March 2020, surely issues such as unemployment or corruption, which are the two classic since the crisis arrived in 2008, they would continue to take the top positions. But there is one thing that, at the same time, we must not forget. We talk about the house. It is one of the issues that generates the most headaches for the people of this country and for which a clear answer is needed.

Since the crisis arrived, it is clear that the number of people who have dared to sign a mortgage has decreased. The reason is clear: the lack of safety at work. The ease with which employment contracts are extinguished means that those that have to do with mortgages are not even signed. It is a directly proportional string. And, by the way, the mortgages that are signed today are looked at with a magnifying glass by the people who decide to access this service. And we have also had to attend numerous scams during times of crisis.

Let’s take a look at what the numbers tell us. According to the EPData website, belonging to the Europa Press news agency, the number of mortgages that were managed in Spain during the month of November of last year exceeded 28,000 . But you have to see the data that the eleventh month of the year between 2012 and 2017 left us. In 2013, the number of mortgages was 14,000, half of those registered in November 2019. And we have had four consecutive years in which 20,000 units have not been exceeded in this month of the year.

It is true that 2019 has been one of the best in recent times. A piece of news published on the Bankinter website reported that, as regards the month of October, the number of mortgages granted had increased compared to other months of October. And it is that there were more than 29,600 mortgages that were signed in October of last year . It is a fact that, after all, is not bad at all.

It is clear that, in these times and after everything that has happened in recent years, everyone is thinking twice about signing a mortgage. One of the ways that people are leaning into trying to feel safe with these kinds of issues is by trusting an attorney. This is what the professionals of Tu App Abogado have told us, who have indicated that the number of calls they receive in this regard has increased exponentially in recent years.

And it is not for less. We have talked many times about real estate scams that have been the most notorious nationally, so no one trusts what they offer and the protection provided by a lawyer is the best way to feel calm in the face of any question or problem that may arise. about. Of course, trusting a lawyer is one of the best recommendations we can make to try to avoid any type of situation that may scare us.

This is what is making it possible for the number of mortgages to be growing within our borders, especially in 2018 and 2019, the first after the economic crisis. And it is that security is what is making people jump. If it were not for that security, we are very clear that surely no one would jump into a mortgage even with a job secured. And it is that, in this sense, the mentality of the people has changed in a really important way for some time now.

What does the future hold? The truth is that anything can happen, but we believe that people are not going to change too much the mentality that they have until now. We believe that the crisis will leave many fears in many bodies and that it will not be easy for people to regain their joy when it comes to getting into a mortgage. Whoever does it, of course, should do it with the help of a good lawyer to make sure that everything is in order and there is nothing that could be tricky or dangerous.

Posted on April 30, 2022April 30, 2022 Author Article Publisher
Dental reimbursement: what coverage? Because dental care represents a major item of expenditure, the issue of reimbursement for dental implants and prostheses is crucial. The Macif tells you all about...
Finance

Quickbooks Error 6190: How To Resolve It

Posted on October 15, 2020October 15, 2020 Author pragati dixit
Today we found a Quickbooks error 6190 when we try to access the company file path on the hosted computer. We saw the file is not accessible from a hosted...
Finance

Home insurance: the subscription following the purchase of a property

Posted on January 29, 2021January 29, 2021 Author Lisa Baker
After purchasing their home, the new owner must take out home insurance. This practice is compulsory according to the law and the situation of the resident (co-ownership). It also allows the purchaser...